The Alimiyyah course is designed to foster a spiritual and intellectual growth within all students. It provides an in-depth study of the Islamic way of life, drawn from several interpretations of the Quran and Hadith. The students are taught to master the Arabic language to fully understand the texts of the Quran and Hadith. The course involves the study of numerous texts which cover all aspects of Islam, including a detailed study of arabic grammar, language, hadeeth, jurisprudence, tafseer of quraan and Tajweed.

The first two years of Alimiyyah study are the most important years, as they build the foundation and allow students to have a sound understanding and a grasp of the Arabic language in all areas. It assists the students to independently study Arabic texts as well as recognizing basic laws which will be further studied intensively when studying various texts.

During the course of studies, the students will study the following:

All courses are taught in English. Students are not required to have any prior knowledge of the Arabic language before they embark on this course. However, students need to be a Hafiz of Quran or have completed Maktab syllabus (Tasheel/ An-nasihah Books or any other similar equivalent) and should be able to read from the Quran fluently. 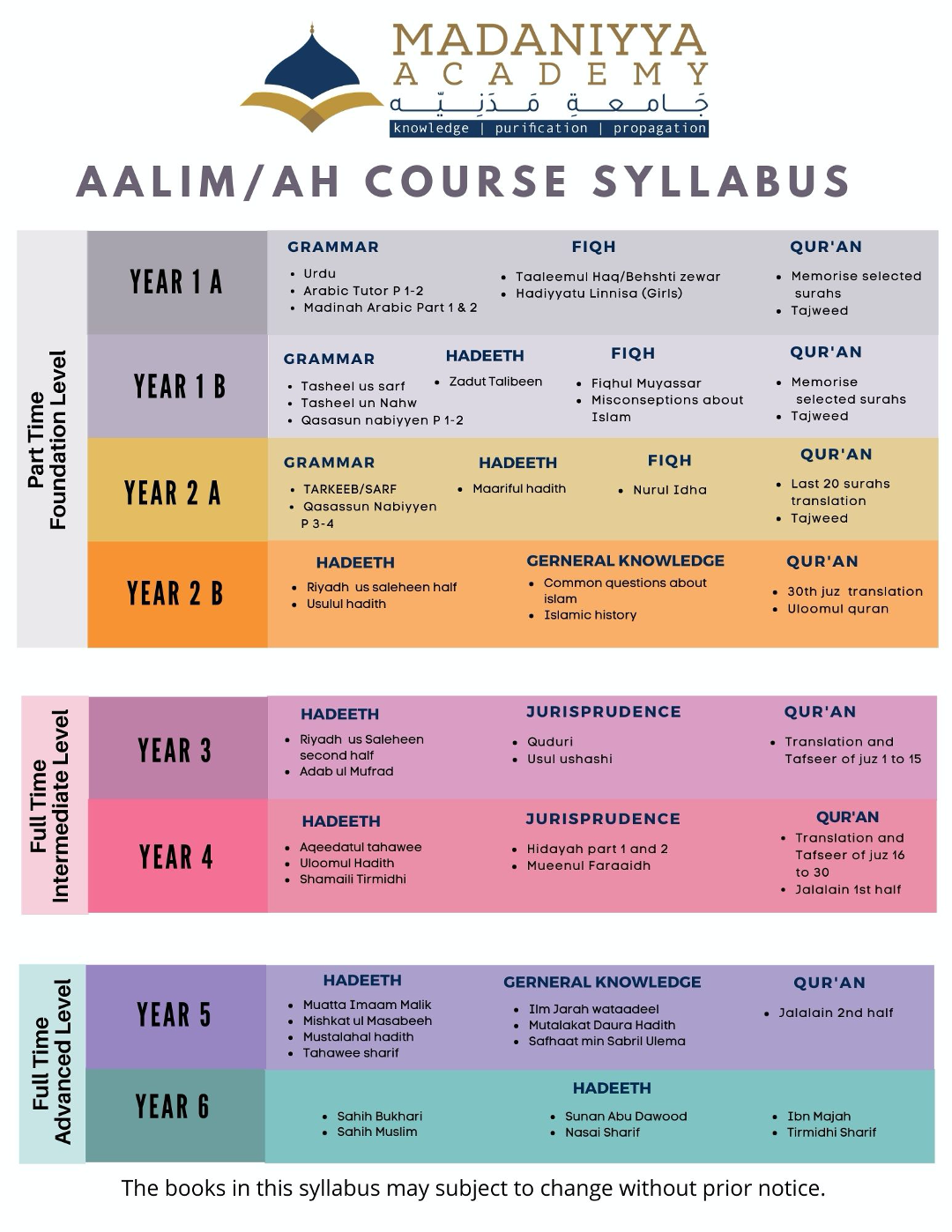 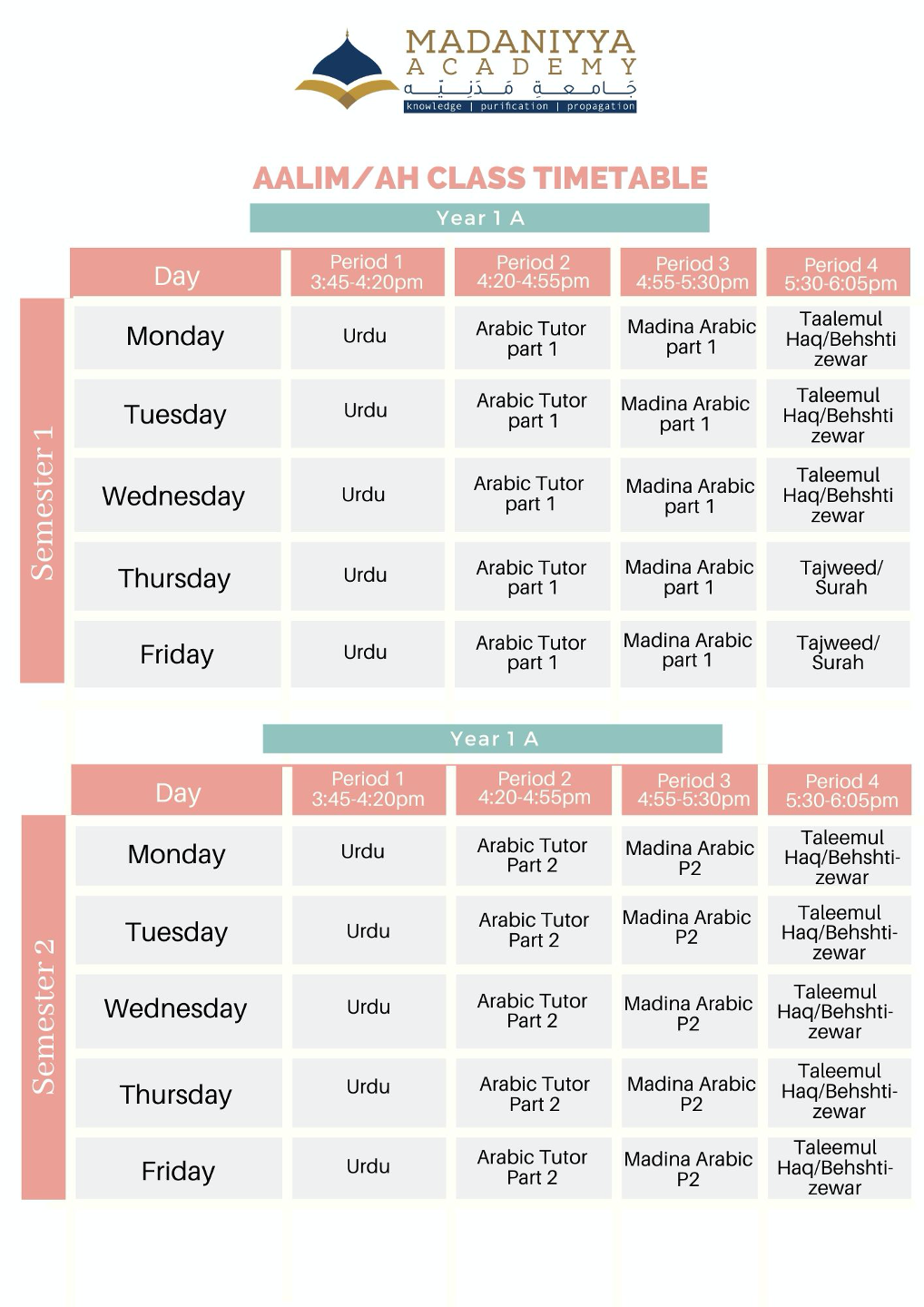 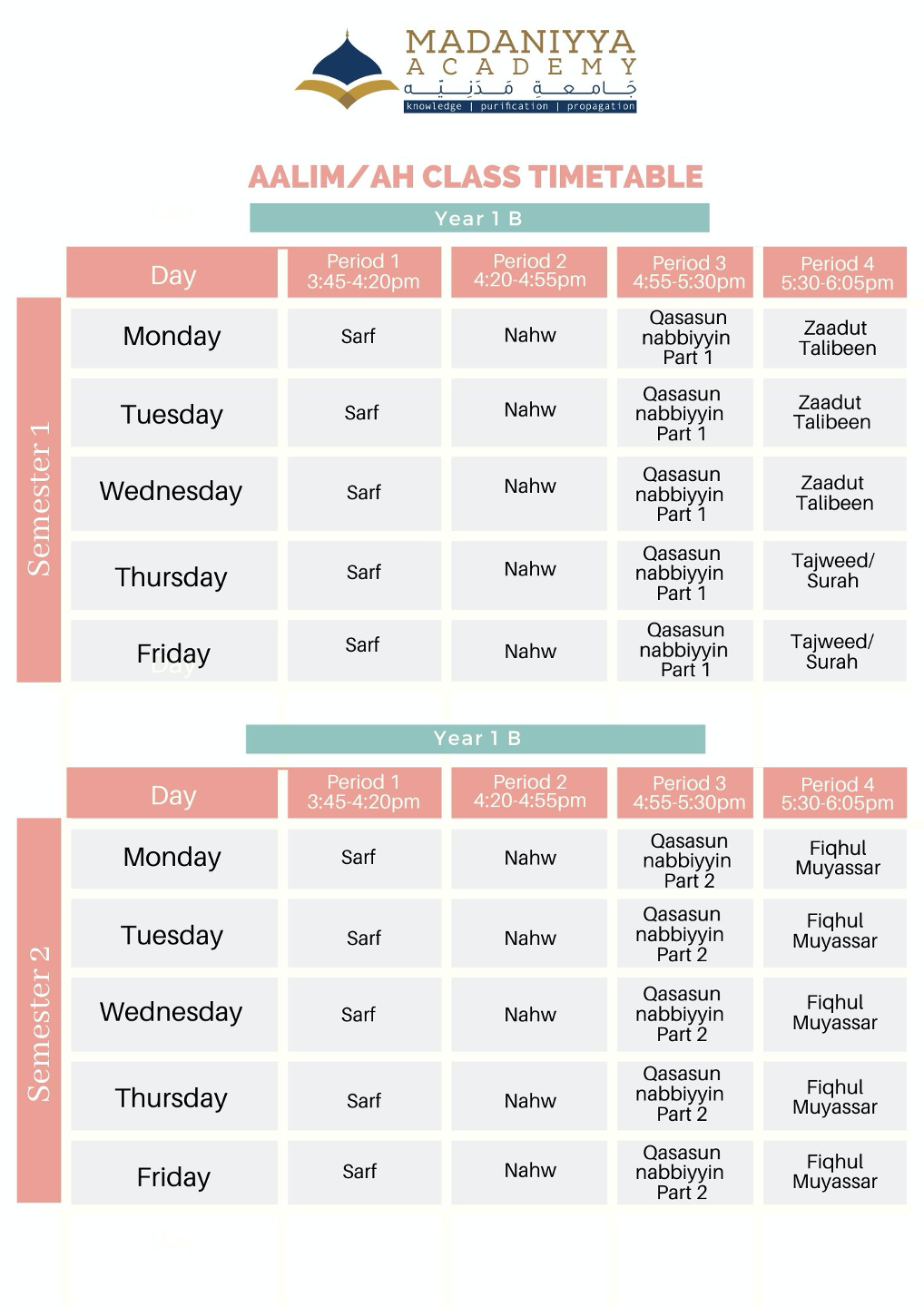 What is the timing for Aalim/Aalimah class?
Class time 3:45PM, Dismissal Time 6:15PM.

What is the Aalim/Aalimah class year duration?
September – July

What if my child does not want to do the Aalim/Aalimah class, can he/she still be registered at Madaniyya Academy for High School only?
No, your child must commit to the full program provided for high school students.  They must attend the Aalim/Aalima classes in order to qualify for the Madaniyya high school program.

What is the fees for joining only Aalim/Aalimah class?
$85 per month. 12 payments per year.

What is the procedure if I want to enroll my child?
Fill out the form by clicking on the following link: https://forms.gle/gsuY15wiVwiS2di17